Tour in the House

The Story about Hanne 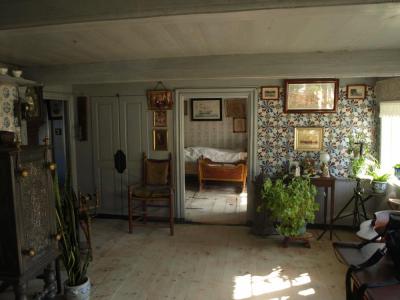 Hanne SÃ¸rensen became a widow at the age of 34, when her husband Poul Thomsen SÃ¸rensen disapeared with his ship on a trip to Iceland. A photo of the ship has the place of honour on the tiled wall in the south livingroom. On the opposite wall amongst some rather special things are photos of Hanne and her husband.

In these modest surroundings Widow Hanne SÃ¸rensen lived with her son Hans and her two daughters Karen and Maren.

Hannes house is without question the best preserved exampel of a modest but by no means poor SÃ¸nderho home, from the time, when FanÃ¸ was the homeport for a large sailingship fleet. The contents of the house are of unmeasurable cultural and historical worth.

The contents of the house have been in constant use until Karen in 1965 had to move to live with her sister Widow Maren Thompsen. The two sisters have with great reverance kept and preserved their childhood home.
The Agency for Culture and Palaces has declared the house a Listed Building, which means that the house remains as it is both inside and outside.

Hanne and the artists 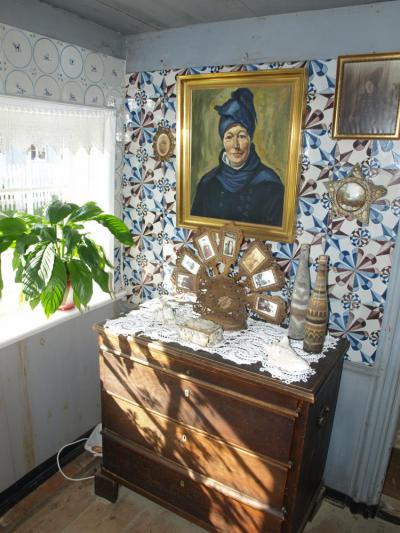 Heinrich Dohn: "Hanne SÃ¸rensen", 1920
Painter and Professor Julius Exner (1825 - 1910) found in these modest surroundings scenes for many of his paintings.